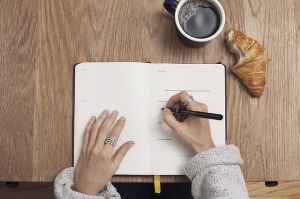 Any writer will tell you that once you start writing there is a huge learning curve involved.

There is so much to try and grasp and understand – how to craft a good story, how to create compelling characters, writing such a good first chapter that the reader must keep reading, how to keep the momentum going, hitting plot points etc etc.

When I began my writing journey I had no idea what an enjoyable, frustrating, crazy, emotional, blood spilling (characters only!) ride it would be.

When I started my first novel, a Young Adult book, Haven River, I had no idea what I was doing so I had to do a lot of research on how to write. Haven River went through draft after draft after draft because I would finish my story, read something about writing, realise I’d missed a point and have to go back again and tweak (or rewrite). This was particularly so early on when I hadn’t really thought about what POV to tell Haven River from. I wanted to tell it from three POVs – Luke (the main character), Jamie (his love interest) and Ryan, Luke’s brother. Because 60 percent of Young Adult books are written in first person I didn’t want to write in first person (mainly because I like to play around with opposing concepts) I decided to tell it from just Luke’s POV. So I had to go back through the manuscript and take out the other POV references.

Then I learnt about writing in Deep POV where you are right in the head of your character. Initially I got the basics of Deep POV, but as I delved deeper I discovered it was a very difficult writing aspect to master (eg you can only describe what your main character can see, hear or feel).

So I felt that I’d learnt heaps from just exploring the different aspects of POV.

The journey as a writer never ends.

We will never run out of things to learn. Depending on which way you look at it it this could be seen as incredibly exciting or down right scary.

I’m about to grow even more as a writer as I’m in the early stages of planning to co-write a novel with someone else. Eek and yay!

What are you doing to ensure you’re growing as a writer?

4 thoughts on “How to grow as a writer”