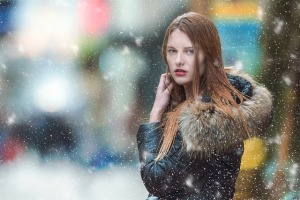 I love naming characters. Sometimes I have the name first before I even have the story. I just know I have to write about a girl called Jamie (I’ve loved the name since I saw The Bionic Woman TV program way back when!).

Other times I have a strong visual picture of one of my characters and I know that she just looks like a Suzanne. Suzanne is the name of a police woman in my current work in progress.

Sometimes I have no idea what to call a character when I’m writing and if I have no strong feelings, they remain a poor X all the way through the draft. When I do my first edit I then have to name the character.

Some of my characters have had a name change part way through because the name was just not fitting the character.

When I get stuck for names I have a couple of ports of call:

I love this website because it has a year by year breakdown of the top 1,000 names for that year. This is really helpful when you want to choose a name that’s appropriate for when the character was born eg having a Brittney in the 1800s won’t make your character believable.

There are other websites which I pop onto from time to time:

For those who write fantasy check out fantasy name generator.

Lots of inspiration here. Sometimes I hang round at the start of a TV program just to study both the first and last names.

One of the most important things I’ve learnt about naming characters is not to have characters that start with the same letter.

K M Weiland on Don’t Confuse Readers with Similar Names makes a very good case for this explaining that when people read they look at nothing more than the first letter and make an assumption of which character is on stage.

I’ve been a lot more of a critical reader this year and it’s amazing to see how many authors break this ‘rule’ (See more about breaking the rules on my previous post A writer breaks the rules.)

And then I broke the rule. My Haven River editor very kindly pointed out that I had a Braydon and a Brad and she had got the two characters muddled up at one point. Thank goodness for editors!

As I work on two draft novels I now keep a record of the names I’m using so when I’m choosing a name it doesn’t start with the same letter. What’ll do if I have more than 26 characters in my story is a bridge yet to cross! I’m also keeping a master list so that I don’t use the same name in all my stories.

Naming characters can be a lot of fun and there are heaps of resources available to help choose that special name. Be careful about using the same letter for your characters.

How do you name your characters? What resources do you use and can recommend to others?