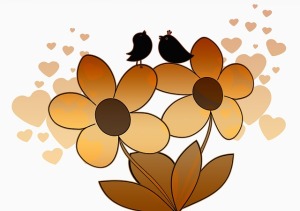 You know sometimes when you have to do something you don’t know much about? You don’t know where to start, everything seems overwhelming, and fear grips your heart. You want to get in there and try, but you’re too darn scared you’ll stuff it up and make an idiot of yourself! 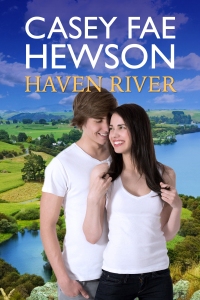 On 11 May 2016 I published Haven River as an e-book. After two and a bit years I’d finally realised my dream of becoming an author.

I’d been so focused on getting everything ready for Haven River going ‘live’ that I hadn’t given any thought as to how I was going to market it.

Not having had a great interest in social media until now, this all became a huge learning curve. Facebook and Pinterest I understood. Twitter, not so much. Sure, I’d heard about it and about how people tweeted and how it had got some people into trouble!

I’m a research-kind-of-girl so I Googled and found some great articles:

First, I needed to understand why I had to be on Twitter, and the main reasons tended to be:

Twitter is a micro-blogging site limited to 140 characters. Right. Got that.

I set up an account, which was really easy to do for someone who can be a bit IT challenged.

I filled out my profile and made sure my settings and privacy were good.

One of my beta readers had offered to put out a tweet when I published (I was still unsure what this actually meant). Anyway, I jumped on board and I told her she could do this now.

My beta reader very kindly suggested I might want to put up a photo so I was no longer an egg. Hilarious!

I used my Facebook photo (consistent profiles are important). But it was too large! I found a great online tool, PicMonkey, to downsize me. PicMonkey was great and so easy to use (and very cheeky!)

I uploaded my photo and there I was – me, and not an egg!

It was then suggested I needed a header photo and this could be the cover for my book. I wasn’t feeling comfortable about this. Apparently this can cross the self-promotion line. Instead, I chose a nice scenic shot that showcased the area I live.

Having only given a quick look at people’s tweets, what scared me was what looked like a whole lot of coding – @ #, and stuff that just didn’t make any sense eg

The # is called a hashtag. I didn’t understand this at all and this prompted all sorts all sorts of questions. What were they? What did they mean? How do I use them? How long should they be? Can I use more than one?

More research. Hashtags took me hours to figure out and was really doing my head in. To my relief I found that this was a source of confusion for many other people too. Phew! It wasn’t just me.

To put it simply a hashtag is any word beginning with a # sign eg #twitter. This categorises messages and helps them to show up in a Twitter search. I compared this to being like a reference mark eg if you were to look for books on David Bowie at the library you’d go to the music section #music or in Twitter speak #DavidBowie.

And it appears I can use more than one hashtag in a tweet, but no more than two – as this can do strange stuff to the brain!

There doesn’t seem to be any rules around how long a hashtag should be – just not too long!

And, of course, the @ symbol was your Twitter handle. Duh!

I was slowly getting it

Because I still didn’t really know what I was doing and feeling rather nervous, I cheated on my first two tweets. Isn’t it great when you go onto someone’s website and there’s a ready-made tweet for you? So I tweeted the first one (19 May 2016) and for the second one (20 May 2016) I gave it a go and added a comment too! Yay! It’s like doing anything for the first time – scary, but once you’re doing it, you’re doing it!

A Facebook Group that I belonged to decided it would be a good idea to swap Twitter profiles (I think that’s the right language?). This was a good opportunity to stop sticking just my toe in the water and put one whole leg in.

I wasn’t sure whether I was excited or a little anxious that the next day in my inbox appeared three emails that stated ‘X is now following you’. I found that a little creepy. More started appearing and I still couldn’t help feeling freaked out that there, in black and white, someone was categorically stating they were following you.

Yes, it was a good thing. That’s what I wanted. But why, when I was walking down the street that day, did I keep looking over my shoulder with the, ‘X is following you’, ringing loudly in my head?

I’ve got over that now. But then another question arose? If they followed me was I obligated to follow them? I looked at some of the profiles and decided to follow some people. Others I skipped because, well, I just didn’t think we were going to be a good fit. More research suggests, no you don’t have to follow someone just because they followed you. Whew!

May 26 – six days without tweeting.

So how many times is someone supposed to tweet?

I’m glad I was sitting down when I read this. Twice a day, and up to 20 times a day. Holy smoke! I just thought it was something I could do when I felt like it.

Articles suggested I needed to draw up a schedule of when and what I was going to tweet.

And Twitter for Authors very kindly provides an example schedule. Much bigger deal than what I thought. I almost started having a panic attack. A schedule? Six to 20 times a day?

I let all that simmer away in my head. Yes. A schedule is a good idea, but in the meantime I needed to tweet again.

This time I searched on a hashtag to see that it existed and used it in my own self-compiled tweet. So proud!

Tweeting is about giving. More reading, and I discovered my tweets were all about me. Apparently you have to give too. Makes sense. Note to self: reciprocate by sharing content!

I tweeted a blog from my website. Looking good!

Two tweets in one day! I’m doing it.

The more I tweeted, the more followers I got. And I’m following others too.

May 30 – trying not to feel the pressure of having to tweet. I’ve put up two posts and then I’ve broken a rule by tweeting twice within 20 minutes. I needed to rein in the enthusiasm.

Best times to tweet are afternoons or evenings, Thursday or Friday. 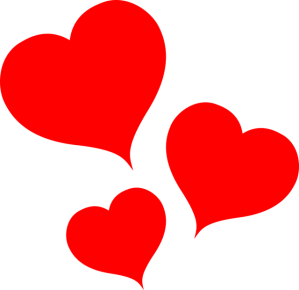 I was still a bit scared to touch the buttons under someone’s tweet, but was intrigued by the heart. This is obviously used when you like something. So I clicked on that. I so love it when the little heart jumps out at you like a wee explosion!

May 31 – so excited! I received an email from someone who liked my tweet! I feel the door is slowly opening for me in the Twitter community.

So as at 30 May, my proud statistics are:

Don’t laugh! Everyone has to start somewhere.

I’m trying not to feel too overwhelmed when I look at all the material I have about Twitter and how I am supposed to use this to help build my author platform. I think I’ve already broken a few rules, but I’m learning and hopefully as I understand more about the Twitter world and contribute more my follower numbers will go up and subsequently my visibility as an author.

I don’t think I’m quite ready to leave the nest and fly further afield. There is so much more to learn, but I’m happy with the start I’ve made. I still have to get a ‘handle’ on some of the terminology. So I’m off to learn about retweeting, bitly, tagging, and I’d better draw up a tweeting schedule.

What have you done that you were anxious about starting, but dipped the toe in to try and now you’re flying?